A Place at the Table

Food for People, in partnership with the California Center for Rural Policy, presented two free community screenings in September 2013 of “A Place at the Table” in September.  This critically acclaimed documentary, nominated for Grand Jury Prize at the 2012 Sundance Film Festival, and featuring Oscar award-winning actor and End Hunger Network founder Jeff Bridges, examines the crisis of food insecurity, hunger, obesity and food access in America and the policies that have perpetuated the problem.

A Place at the Table unveils the human stories behind the statistics: a rancher juggling two jobs and a small-town policeman rely on food pantries to survive between paychecks; a single working mom can’t afford consistent meals for her children; a short-order cook must travel more than an hour to purchase fresh fruits and vegetables; Rosie, a fifth-grader often has to depend on friends and neighbors to feed her and has trouble concentrating in school; Tremonica, a second-grader, has asthma and health problems that are exacerbated by the largely empty calories her hard-working mother can afford.

The film was screened at Humboldt State University's Kate Buchanan Room on Tuesday, September 17, 2013, and at Calvary Lutheran Church in Eureka on September 26, 2013 following the full special welcome for Humboldt County by Jeff Bridges.

In an effort to engage Humboldt County in a conversation about rising rates of food insecurity, impact on health, and the policies and institutions that perpetuate it, screenings were immediately followed by a panel discussion of food insecurity in Humboldt County, federal Farm Bill policies, and what community members can do to make a difference. Panelists included local activists, leaders, community members and HSU faculty.

Interviews with directors Kristi Jacobson and Lori Silverbush have been featured on the Daily Show, Bill Moyers and the Colbert Report and have generated wide ranging discussions about why hunger and food insecurity, which were almost eradicated in the late 1970’s, have since grown to include almost 16% of America’s total population. Ultimately, A Place at the Table shows us how hunger poses serious economic, social and cultural implications for our nation, and that it could be solved once and for all, if the American public decides — as they have in the past — that making healthy food available and affordable is in the best interest of us all. 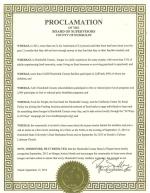 Images from the first community screening of A Place at the Table: 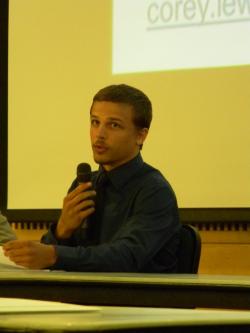 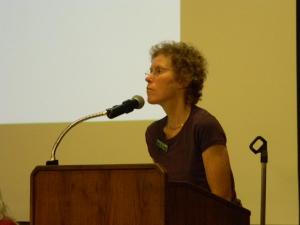 (At right) Melanie Williams, event moderator and Food for People board member 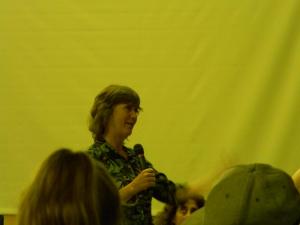 (At left) Audience member and Food for People board member, Carol Vander Meer, asks the panelists a question during the question & answer period following the panel discussion. 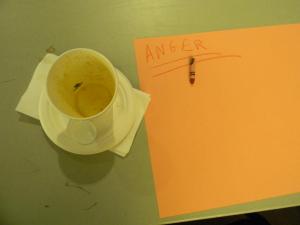 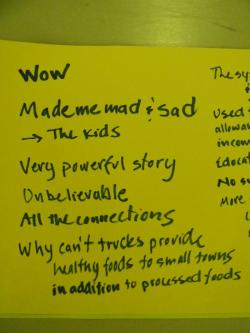 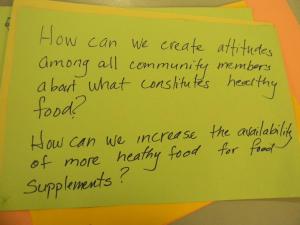 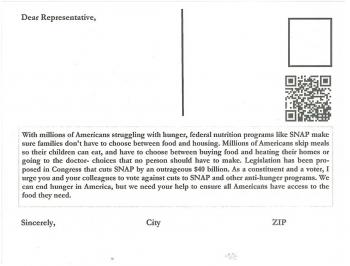 Audience members added personal messages to postcards for U.S. Representatives voting on the Farm Bill, which decides funding levels for nutrition programs including SNAP (formerly Food Stamps). After learning more about hunger in the United States and locally, this optional audience activity gave university students and community members alike the opportunity to engage with legislators, make their voices heard, and make an impact.